Achieve MASTERY In The Art Of Magic

If you've been studying magic for a while, you'll know it's a really rewarding pursuit
But have you ever felt any of these frustrations? 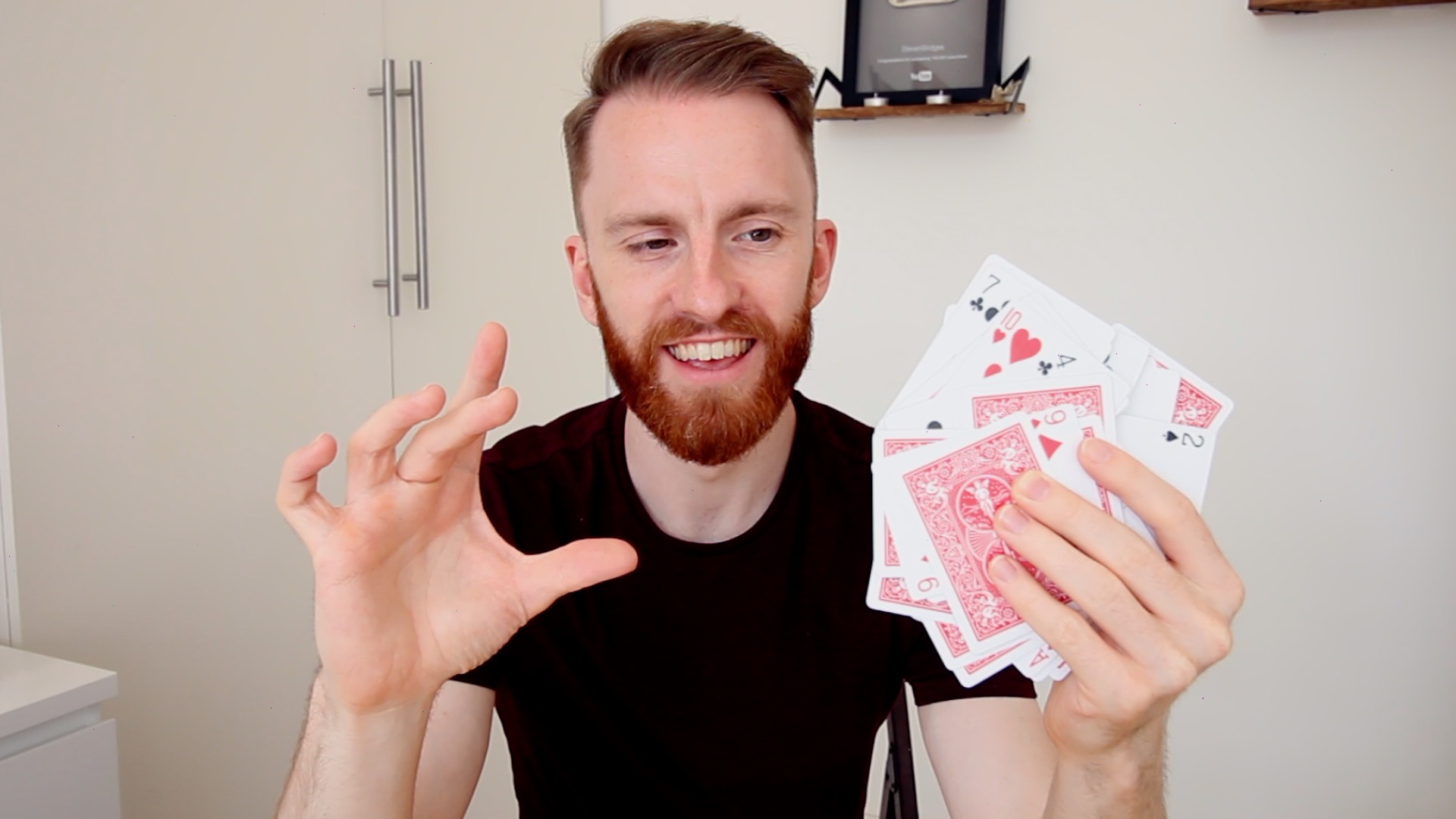 Sometimes it can be tough to know the best way to study, and it can be even harder to motivate yourself to actually put the work in.

And it doesn't help that magic companies are bombarding us with gimmicked one trick releases that are 'easy'.

'Easy' doesn't make us better - but it's what sells.

My goal has always been to master the craft. I want to be like my heros in magic. I want to get as skilled as possible!

I think there's a lot of people like me, who want to, as grandiose as it sounds, achieve mastery - not just learn a bunch of tricks.

Think about it, if you achieve MASTERY, you'll be able to... 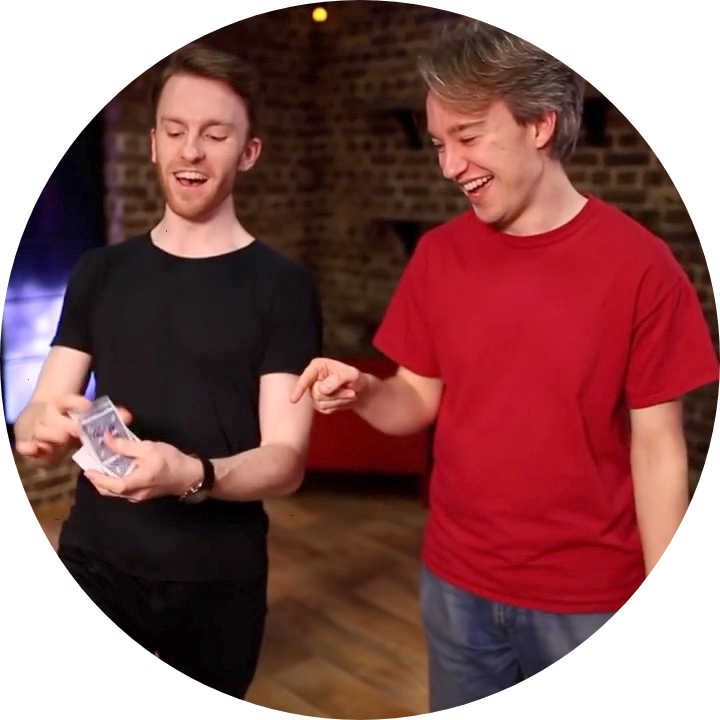 Whether a trick is easy or difficult wouldn't be relevant.

You'd learn the best method, regardless of difficulty.

Your showmanship and entertainment skills would be high.

You'd have a unique style, bringing YOU to performances, not just cloning other entertainers. 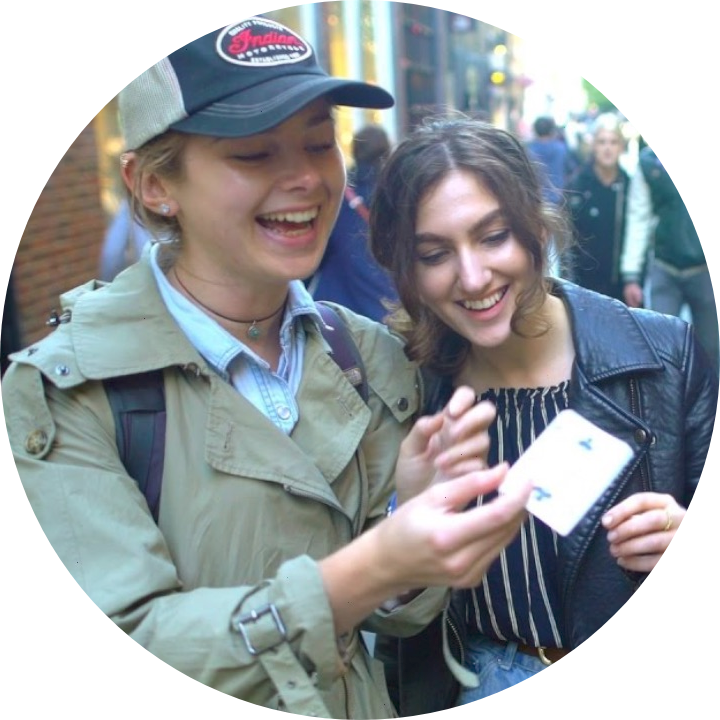 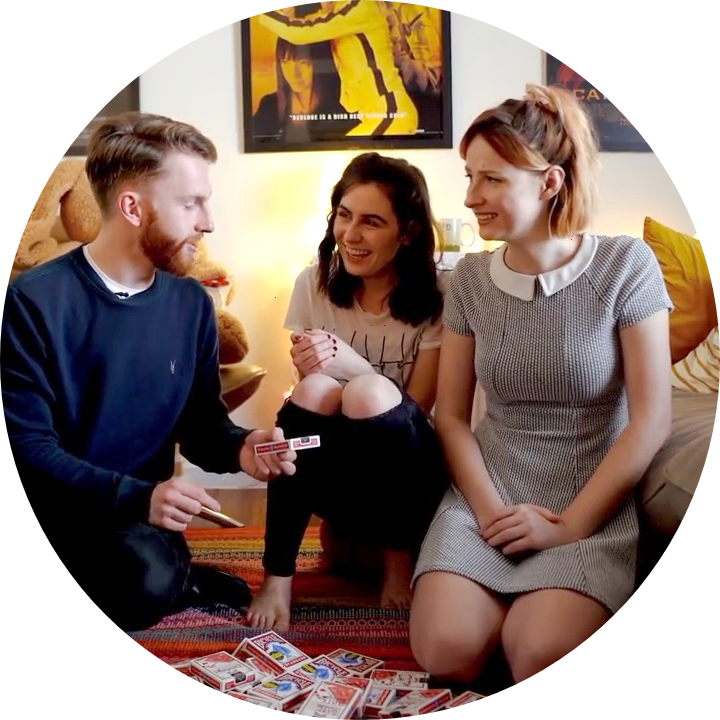 create your own incredible effects

You'd understand exactly what it takes to create a powerful effect that astonish audiences.

If you share these aims, I can help you.

Magic Mastery is a membership program for magicians that share the same vision of mastery (that's why it's in the title!).

Imagine a study group of magicians that come together to learn magic technique, showmanship skills, and study great performers in our industry.

It's for people who want to become truly great and aren't afraid to put in the work to do so.

Before I get into specifics, let me tell you a little about myself. After all, who am I to create this membership?

My name is Steven Bridges. I've been studying magic for 18 years.

I've done thousands of street performances as well as working in high end venues such as The Playboy Club in London as the resident magician.

I also have a nice beard - but maybe that's less relevant?

But after years of trial and error studying magic,

I understand what it takes to achieve mastery.

And I want to help you achieve it.

Magic Mastery Members get all of this...

Strong magic effects to add to your arsenal including some of my own material I've never published before.

I break down your performances as well as my own past performances and performers that we admire. I explain what works well and what could be improved.

I take the best advice in showmanship and magic theory and break it down into easy to understand videos with examples. Please don't underestimate how useful this will be. THIS is what helps you become one of the greats.

I set challenges that are designed to help you improve as a magician. Members that opt in to a challenge are given a specific set of criteria to work with. Challenges are a great way to push yourself and members have seen noticeable improvements after completing a challenge.

Have you ever chimed in with a question on a magic forum only to be cut down by other magicians for asking a 'stupid question'? I've avoided magic forums for years for this reason.  Together, we are creating a facebook community that supports each other and helps each other grow. Anyone not inline with our community guidelines will be removed from the membership. It's that simple.

Every three months I pick a high quality book that I think will add value and improve your skills as a magician.

Members have the option to purchase that book and join the community in studying this book together.  I provide videos to help explain sleights and routines, as well as my own ideas and adaptations of some of the effects.

This is also known as Magic Mastery Plus.

In the members area, you get instant access to: 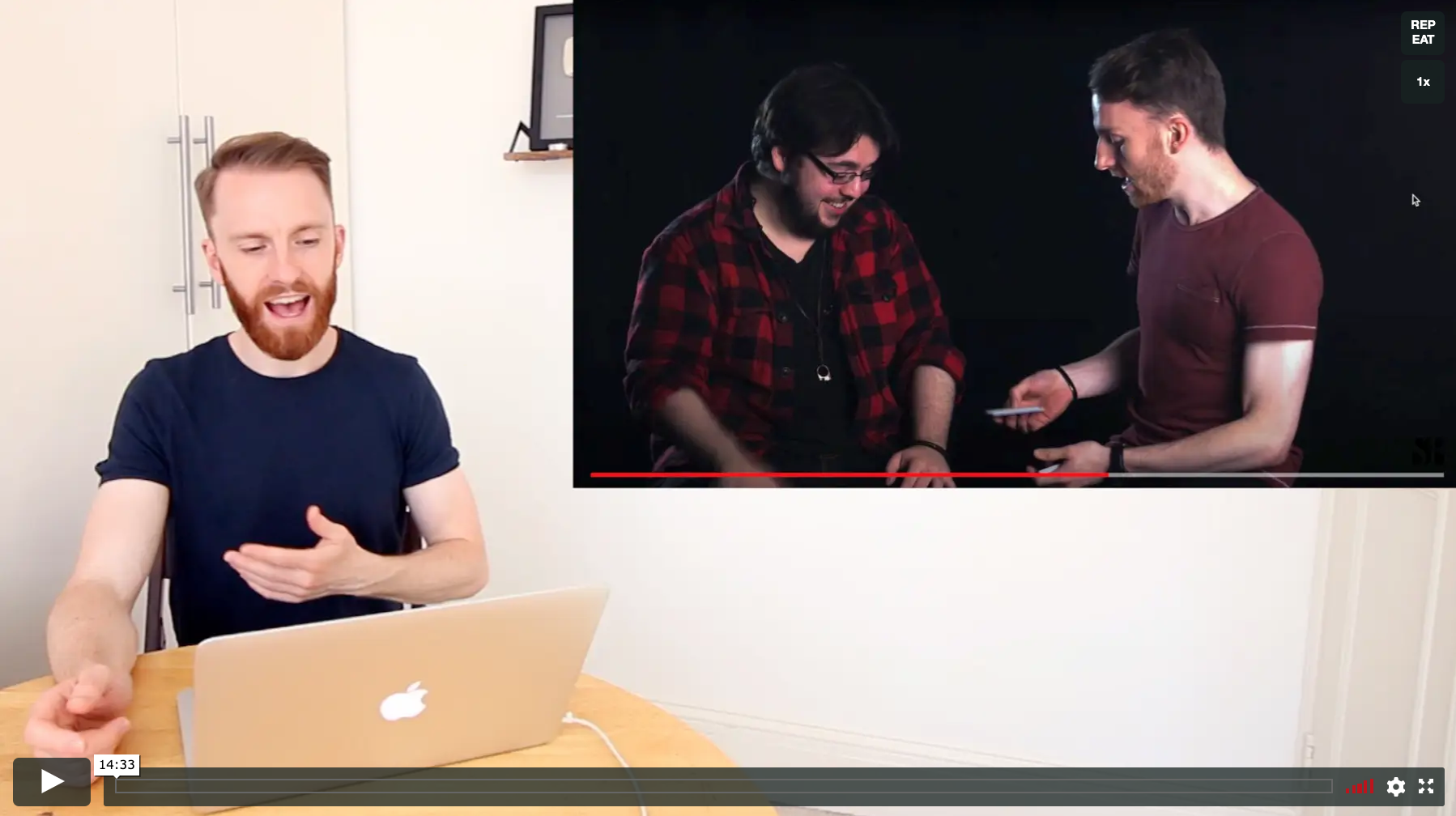 Learn from my breakdown of member's performances. 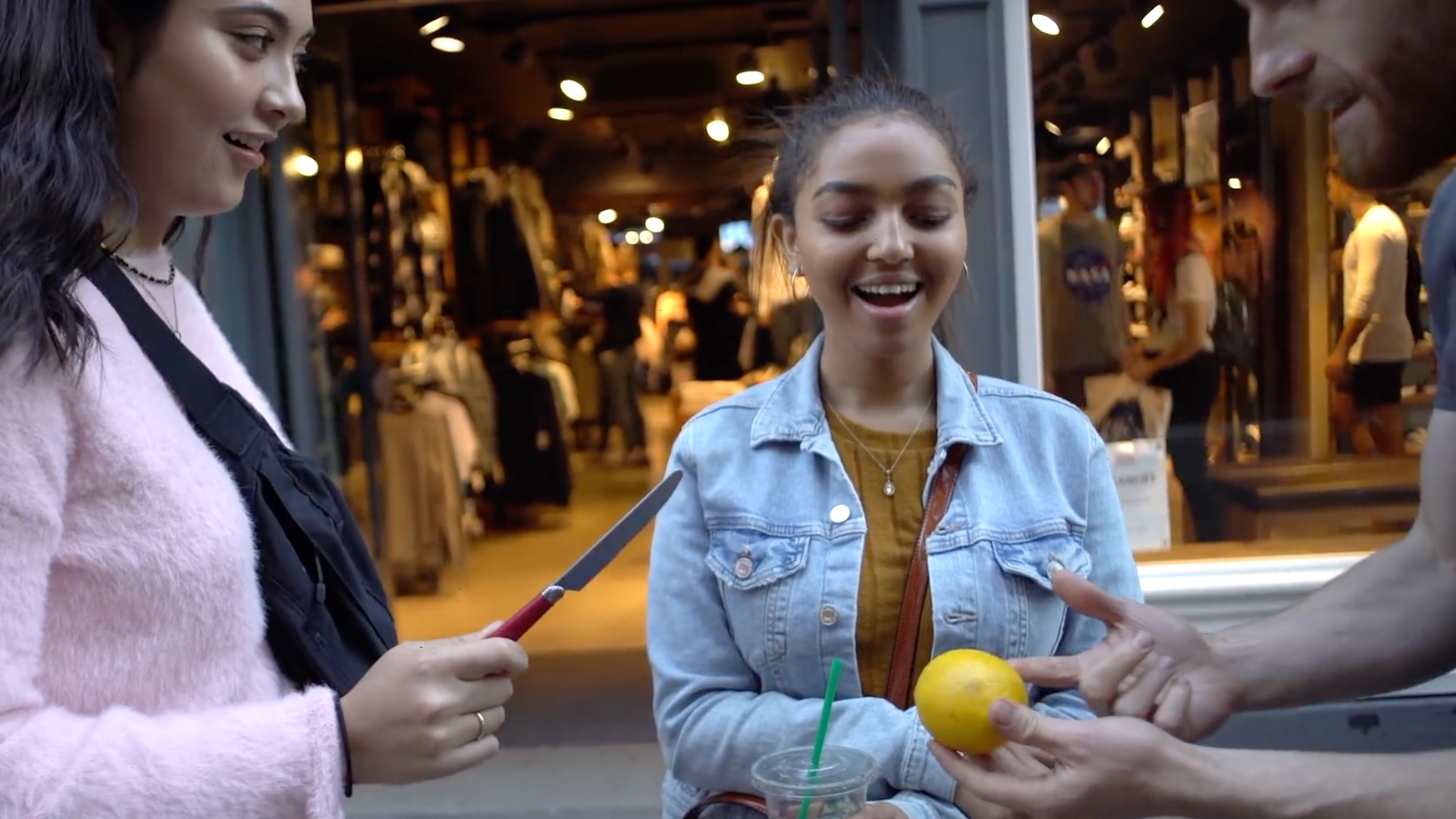 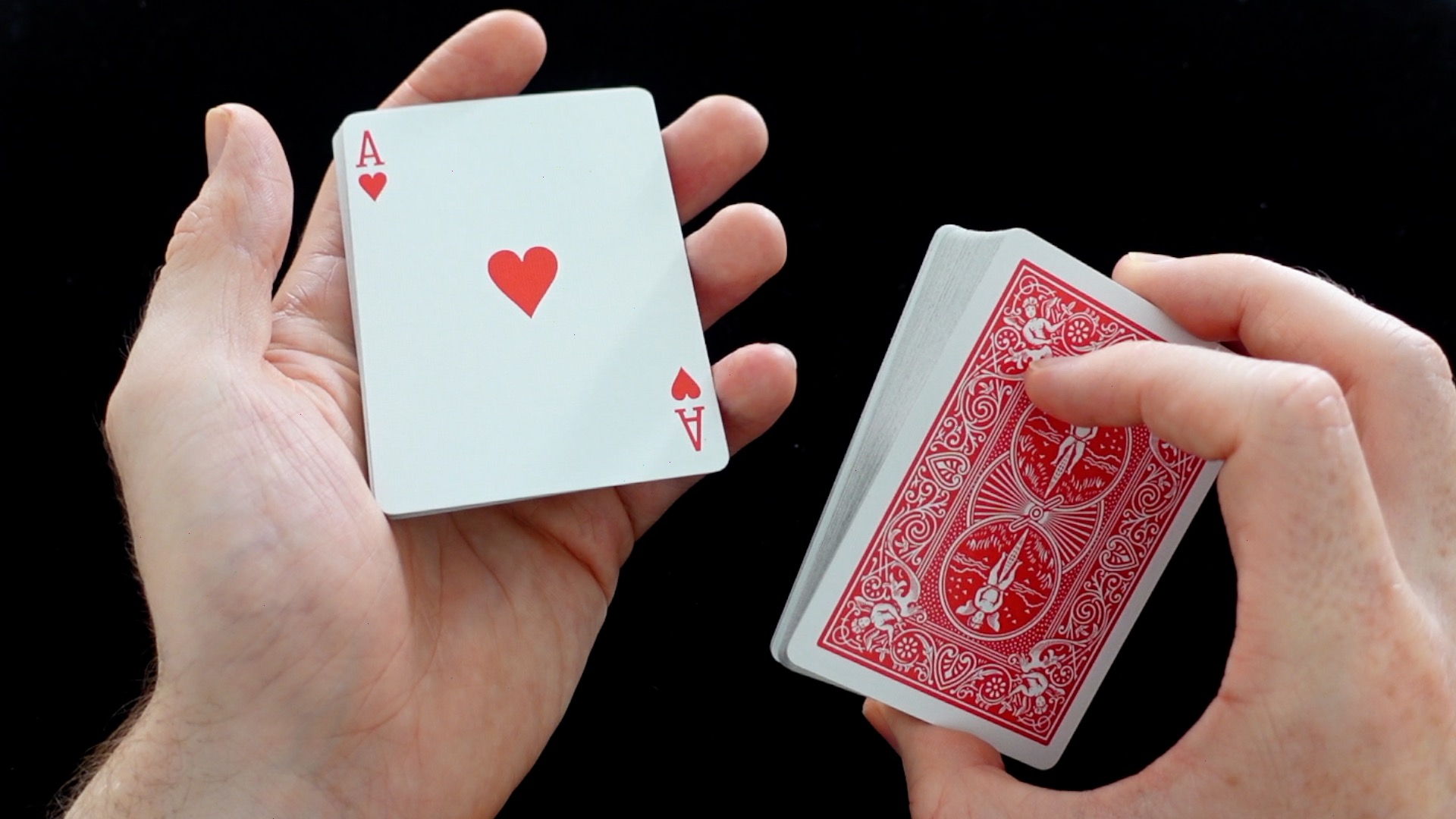 A library of practical and useful card/coin sleights to add to your arsenal. 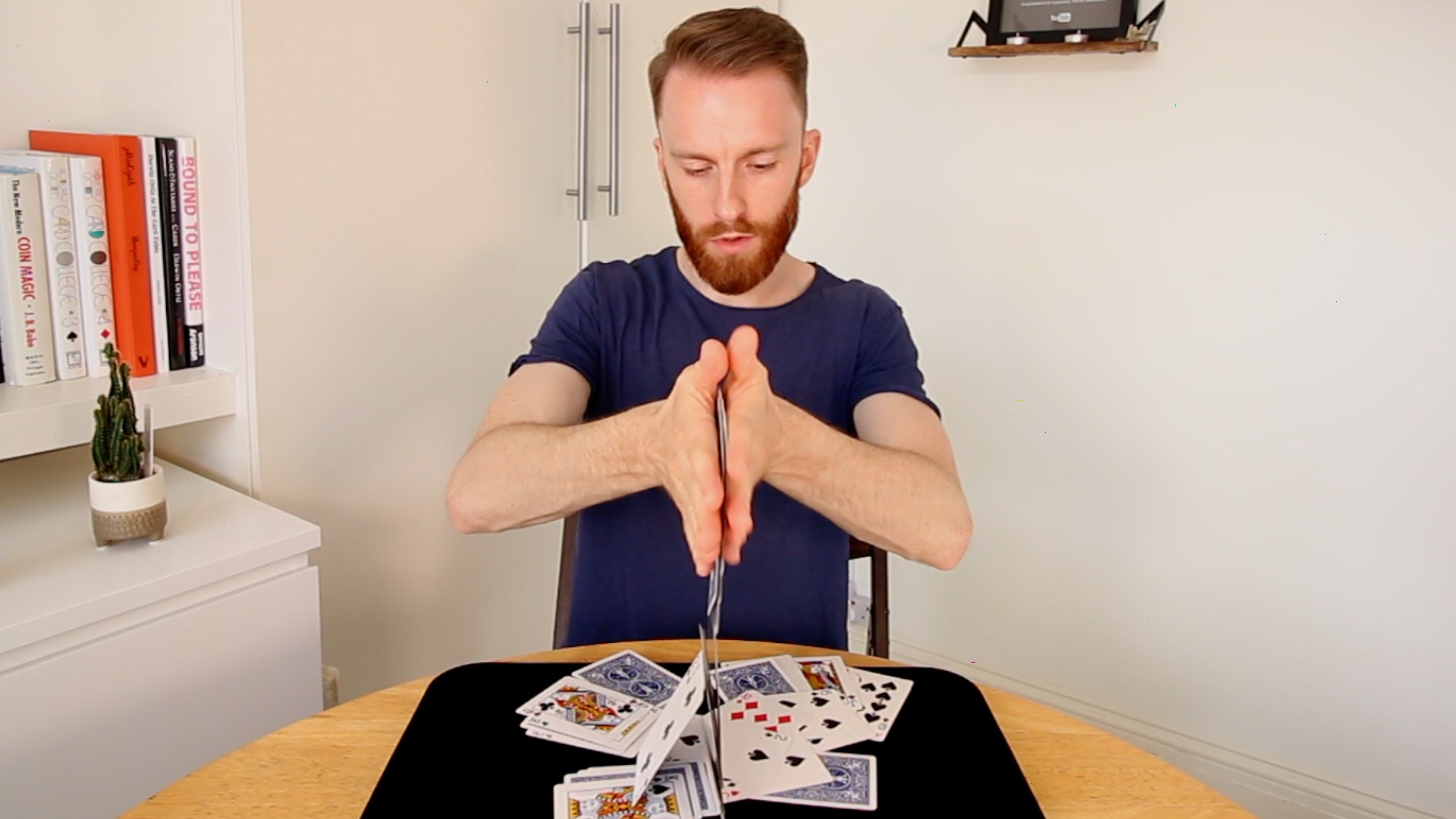 Five of my best routines that have been watched over 1 million times on YouTube. 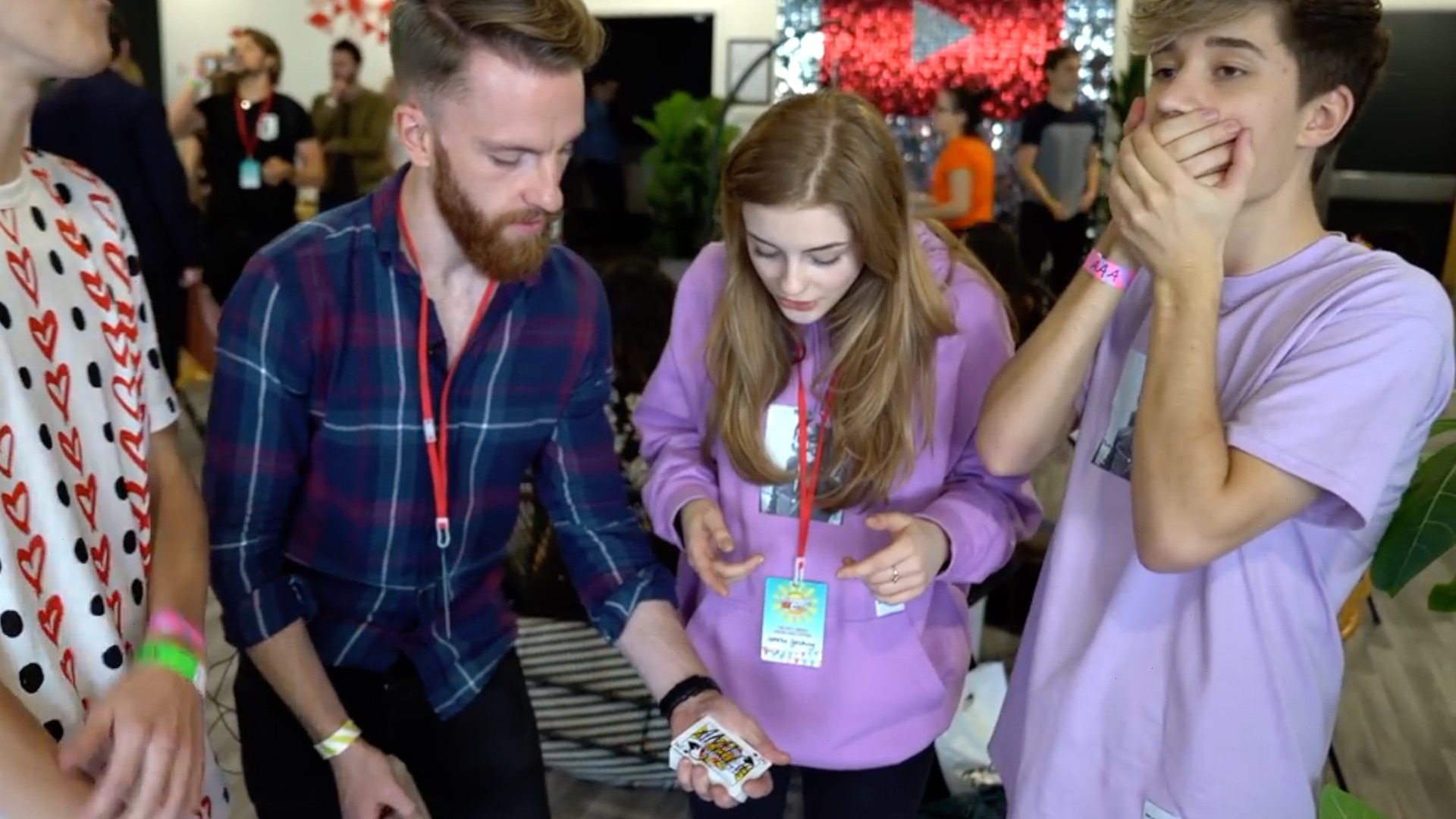 Two challenges you can take part in straight away to make improvements to your magic. 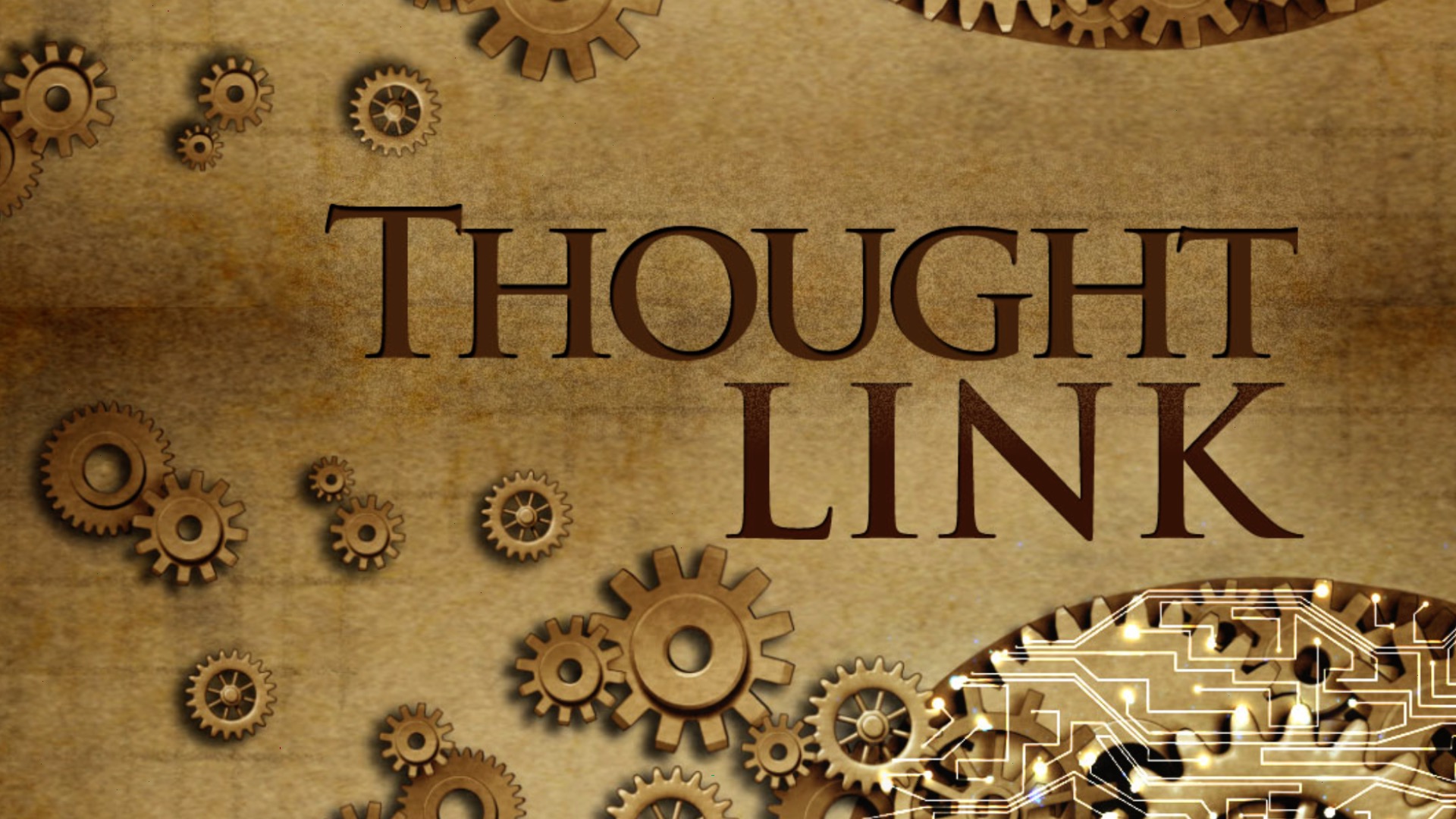 I've also thrown in my ebook Thought Link, which Atlas Brookings said, "should be in every 21st century Mentalist's repertoire".

Friend Of The Daily Magician?
You'll Also Get The Magician Tips Series For Free 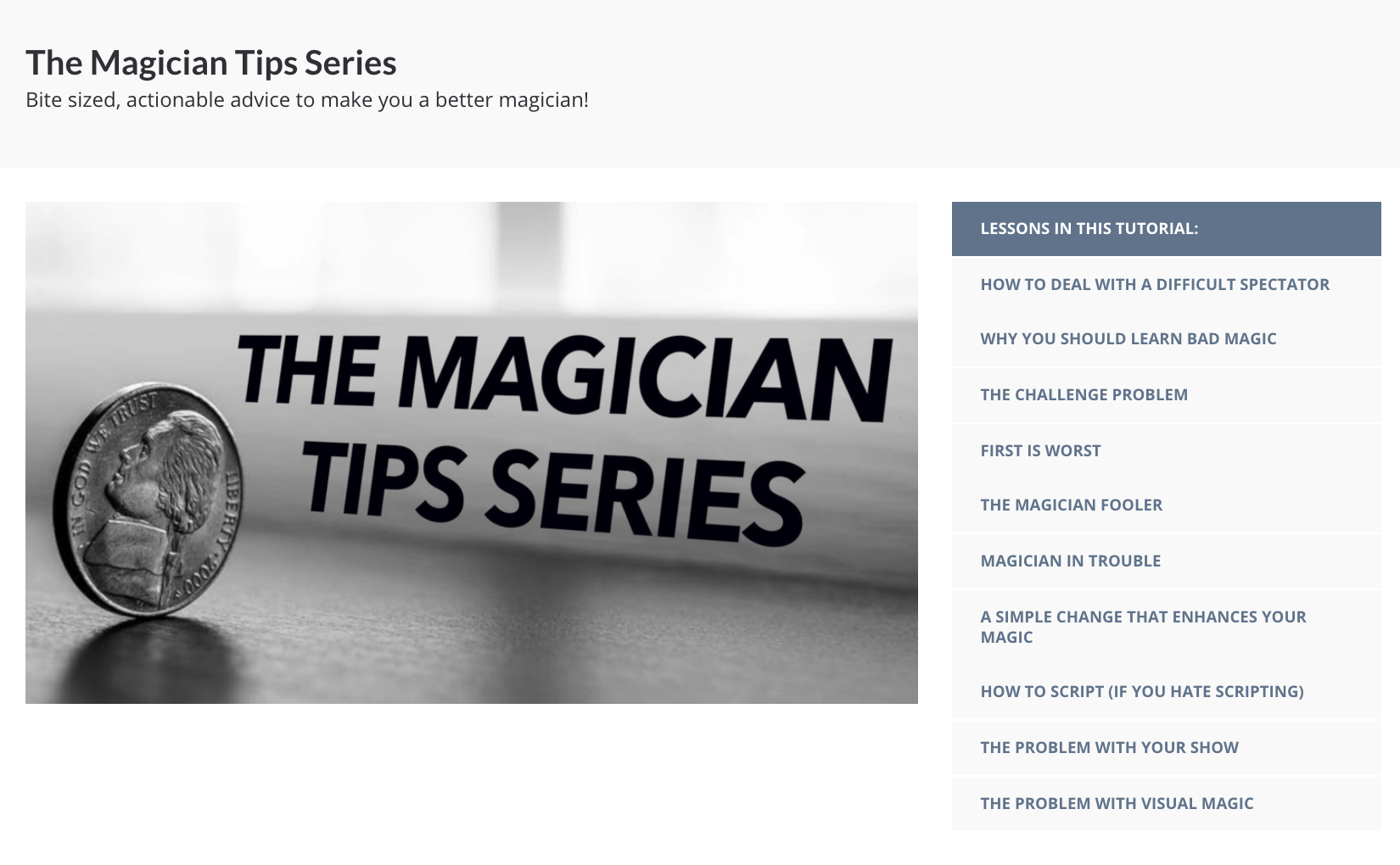 This popular 10 part mini-series that is no longer available in full anywhere else!

- My unconventional approach to dealing with difficult spectators

- How learning bad magic can actually make you a better magician (particularly in sleight of hand!)

- And six other useful tips that will help make you a better performer! 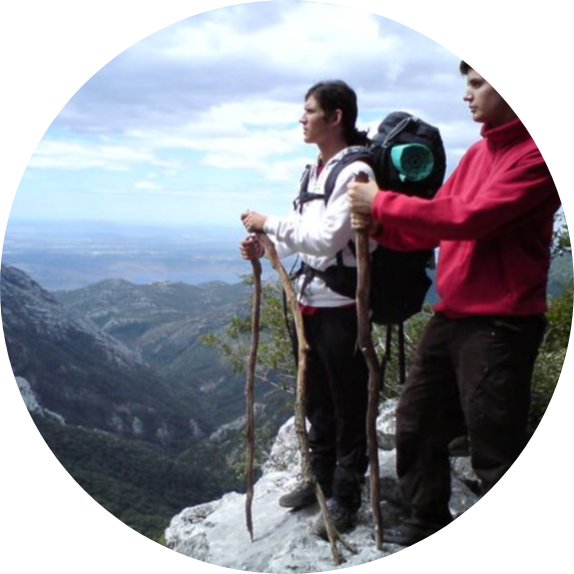 The amount, but also the quality of advice I get on how to improve my magic from Steven, but also from other members, is worth the monthly subscription alone, not to mention mind blowing effects and sleights Steven teaches on the platform.

Finally, Steven is a suuuuper nice guy and getting a cheerful comment from him always makes my day! 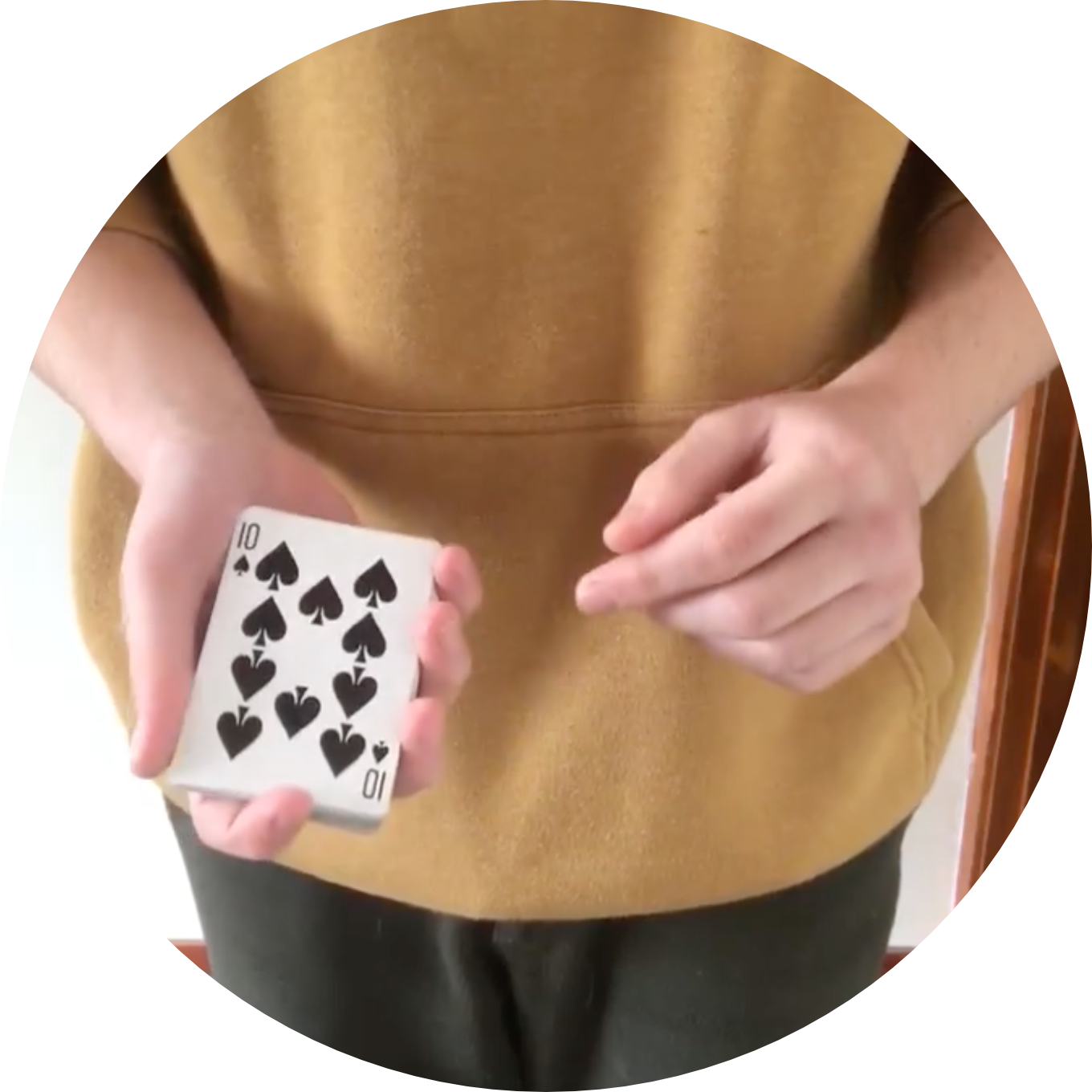 Magic Mastery has been an amazing resource and community since I joined. Steven is an amazing teacher and his videos are high quality making it very easy and enjoyable to follow along.

The first challenge got me off my butt and thinking about structuring routines and how it flows. Currently working on the second challenge that Steven has issued, and it really is motivating to see other people take part.

I think it’s a brilliant resource, especially the video tutorials for the ideas in books, it really helps to be able to follow along. 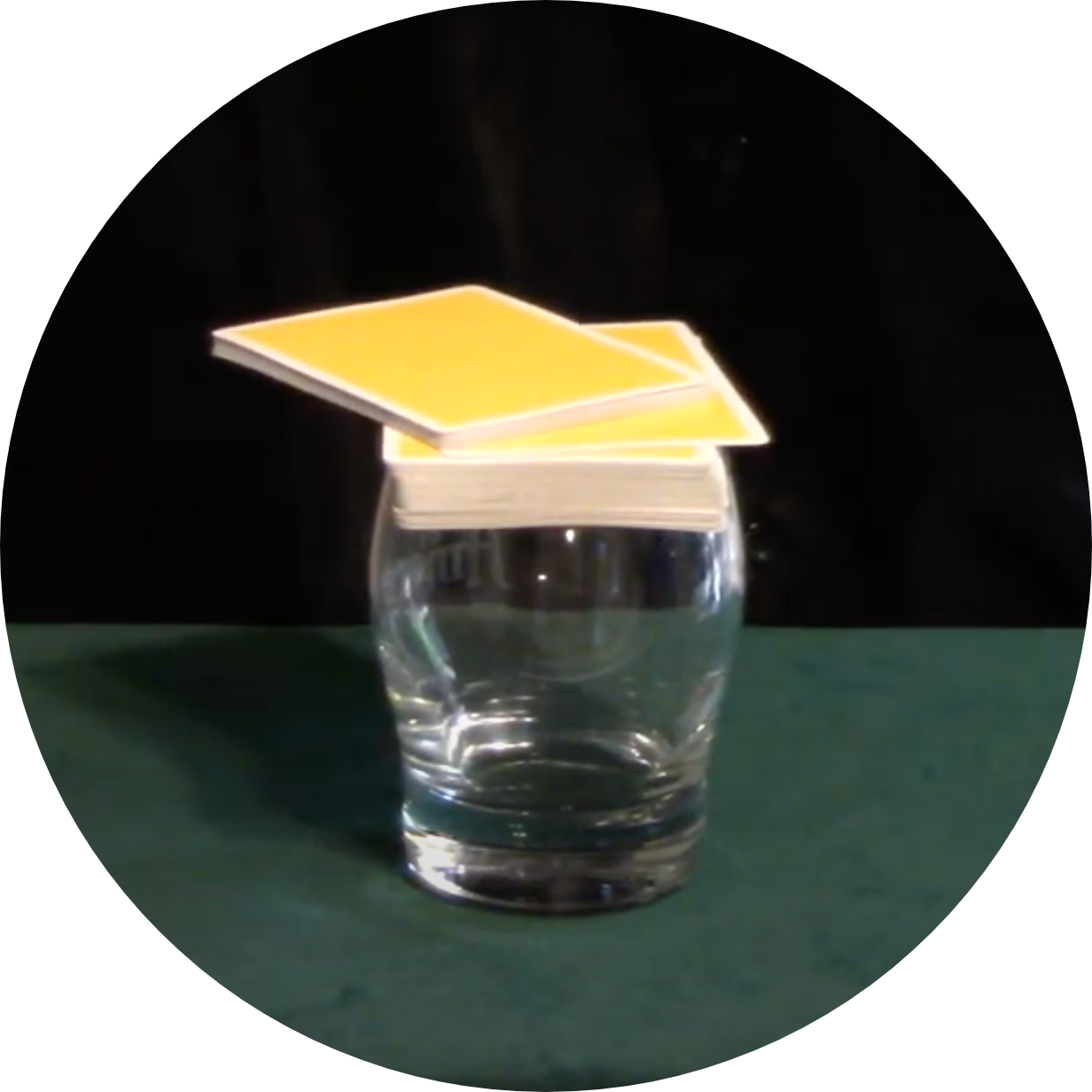 As we know, anyone can do a magic “Trick”.

However, if you are serious about your magic and want to learn how to make that “trick” truly magical, I highly recommend Steven Bridges’ Magic Mastery [membership].

[Steven] is a superb teacher. The content provided in the course is fun, clearly explained and demonstrated.

Magic Mastery is currently only $23.30 per month.

As Magic Mastery grows, it is likely the price will increase for new members.
But by joining today, you lock in this price for as long as you're a member. Ain't that nice?

What if I hate it?

Given the tutorials, effects, theory videos, challenges, community and direct support from me, I'd be prettttttty surprised if you hate it.

However, if it's not for you, just get in touch within 10 days and I'll give you a refund.  I want you to be happy!

I'm a mentalist, is this for me?

Mentalism is covered at times, but it is not the main focus. There are currently three pretty stellar mentalism effects in the membership.

Mentalists will find the value in the theory videos and video breakdowns but will get less out of the sleights and effects in general.

We do have members that are pretty much exclusively mentalists, so you wouldn't be alone.

I'm a beginner, is this for me?

Although Magic Mastery is designed for intermediate and advanced performers, some members are beginners and love Magic Mastery.

A willingness to learn and practice is all that's really needed.

Are you gonna teach me a ton of new tricks?

You will learn strong magic effects, but the main focus is on helping you become a better magician overall.

If your focus is to mainly learn a load of new

tricks, Magic Mastery isn't a good fit for you.

When a new book is chosen, I email members giving them the opportunity to purchase the book.

As well as getting the book, you'll get access to a book specific section on the site with tutorials for some of the effects/sleights in that book.

Is it all Card Magic?

No. Although the focus is on close-up magic, so naturally we will cover a lot of cards.

Is this different from other memberships?

Yes. MM focuses on 'Mastery' and the whole membership is driven by that ethos.

The content focuses on what members need to get better.

Magic Mastery takes a lot of work to run and provide content and challenges that help.

I've tried to keep the cost affordable and for what you get I think it's really fair.

I have another question...

"I have nothing but positive things to say about [Magic Mastery]."
- Eric Arnall

If you feel like you've gotten off track with your magic and want to re-focus on becoming truly great at the craft,  Magic Mastery is for you.

I'm here to personally help you get better as a performer, and I've got a ton of resources to help make that happen!