THE HARSH TRUTH ABOUT THE
MAGIC 'COMMUNITY'

How the magic community crushed a teenagers goal and didn't even feel bad about it.

And in 30 seconds, I’d be walking on stage to perform.

As a teenager normally I’d be pretty confident performing at my school talent show.

But this was different.

You see, I’d had to change the effect I was performing pretty last minute.

The original plan was to perform ‘Smash and Stab’.

The classic where you have to deduce which paper bag a metal spike is under, failure to do so leads the performer to stabbing their hand. 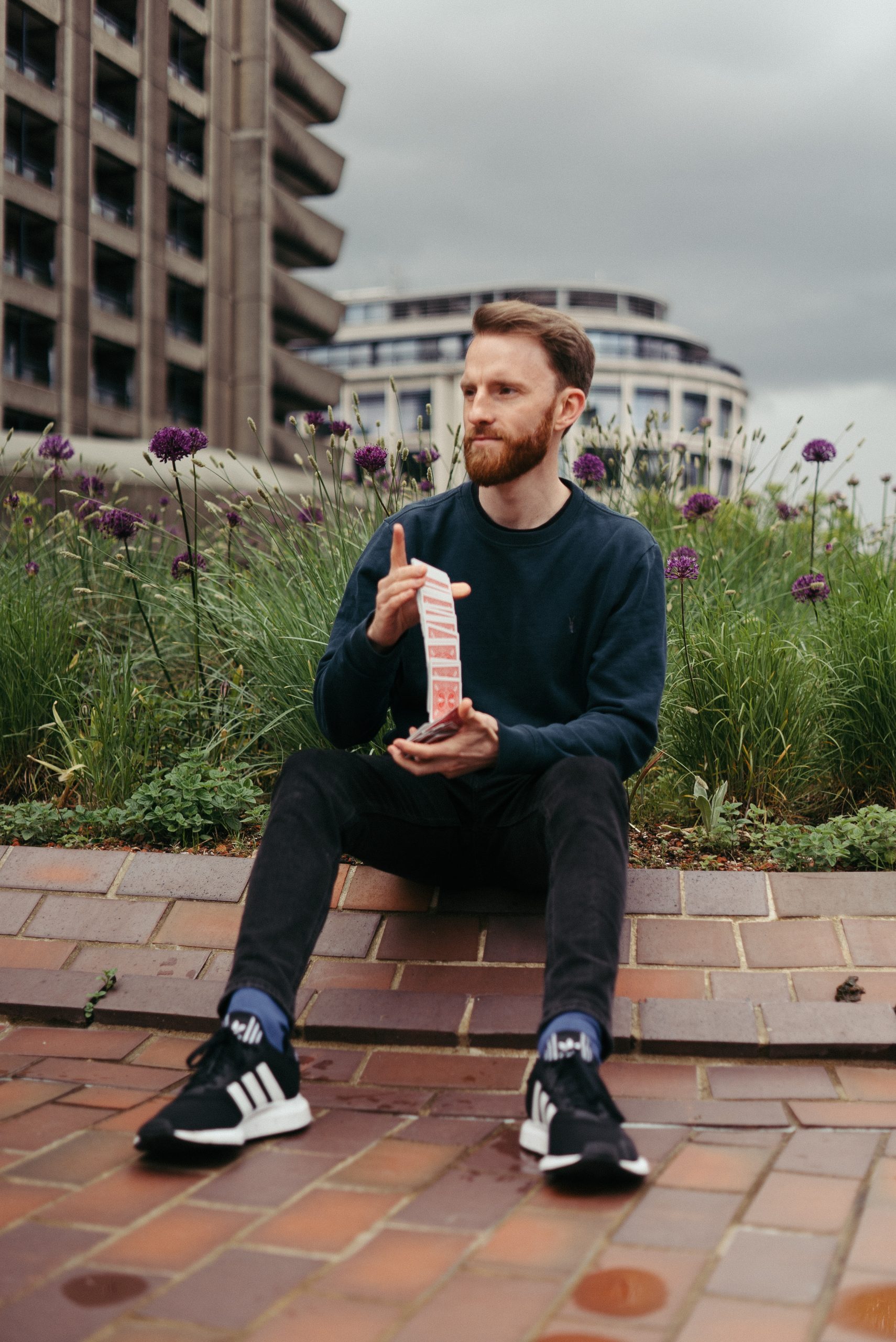 Steven Bridges, the guy who wrote the words you're reading

I was confident with that trick.  I’d practiced it a ton.

But a couple of days before the performance, I decided to get some last minute tips by going on the world's most popular magic forum, The Magic Cafe.

I made an account and posted innocently asking something about the trick.

But holy crap, that was a HUGE mistake!

You’d think I was going to just guess where the spike was, given their responses!

I was berated. The sentiment was that I was an idiot for even considering performing it, that I was going to horrifically injure myself.

They might have had a point, the trick can go wrong.

But the hostility and aggression with which they replied left me feeling humiliated.

I walked on stage and fumbled my way through the card effect.

Given my last minute change of effect, it went pretty well.

If that's what magicians are like, do I even want to be a magician?

Continuing to browse the web for magic resources, again and again I came across forums, review threads, comment threads all that would eventually derail into hostile bickering.

One time, I asked a question that got read out on a podcast where the guest (who I won’t name) proceeded to berate me for asking such a stupid question.

It may not have been the most advanced question.

After all, I was a teenager just trying to get the hang of magic.

But you can only learn when you’re prepared to ask those questions. And the quickest way to kill someone's passion is to insult them.

I figured the best way to continue, was to keep learning magic, but to avoid other magicians as much as possible.

It took me far too long to realise, that if you don’t have a group of close magician friends that share your passion… then you are massively hindering your progress!

I should have realised it at lot earlier, because the couple of magician friends I actually did have taught me so much!

(E.g My mate Ken Dyne, who I met at a magic convention, became one of my closest friends. And I’ve learned so much from him over the years!)

(Or my friend Ross, who was one of my inspirations to start street performing!)

Surrounding yourself with passionate, dedicated magicians that share your values and goals, is the quickest way to get good!

And it doesn’t matter if you’ve been doing magic for 10 weeks or 10 years, you need a network of great magicians to excel!

But doing that while avoiding the toxic influences, the bitching, and the negativity is very difficult.

Or at least, it used to be difficult.

How I 'cracked the formula' for a passionate, supportive magic community by TOTAL accident

Throughout 2020, I became obsessed with the idea of creating a learning resource for intermediate and advanced magicians.

I knew there were magicians, like me, who obsessed about the quality of their magic. Magicians that really cared about achieving Mastery!

So I  started a membership program called Magic Mastery, and in it, for the first time, I shared everything I’ve learned in my 20 years of studying magic.

Members got access to my best material, unavailable anywhere else, as well as showmanship tutorials,  and a bunch more.  I held nothing back!

And somewhat by accident, that group became the most supportive magic community I’ve ever come across.

Somehow, myself and the members had shaped a community of magicians that actually wanted to help each other, a community that gave each other feedback, support, advice, tips and more.

This was unlike any other magic community out there. (We actually had people leave other magic forums and groups and join MM!)

So, I did what any person would do…

I closed the doors to new members.

Sounds a bit mad right? After all, Magic Mastery was growing, so why on earth would I put the breaks on?

Well to understand that, let me explain...

The problems with most magic communities

They're too big (or too small)

It’s not a community if you can’t get to know other members. And if it’s too small, it becomes a ghost town. Communities often have a big drive to grow for the sake of growing, leaving the quality of the communities to deteriorate.

When anyone can join, there’s not quality control regarding members. You can get trolls, bullies and mean spirited people. And it can be tough to ban these people, because they can just make a new account.

There’s nothing wrong with beginners (we all were once!), but when a community is mainly beginners, it limits the types of magic chat that take place.

This is big one that people don’t realise! If you have a bunch of people with radically different ideas about magic, it’s a recipe for disaster.

They’re just a bunch of people on a forum, with no connection to one another.

Everyones in it for themselves.

Everyone sucks up to a couple of people and it sets a power dynamic much like high school.

I closed the doors to Magic Mastery so I could be much more selective about who can become a member.

Doing this (and a few other things no other communities are doing!) totally eliminates the above problems!

How Magic Mastery is different:

Speaking of which... here's a handful of our awesome members 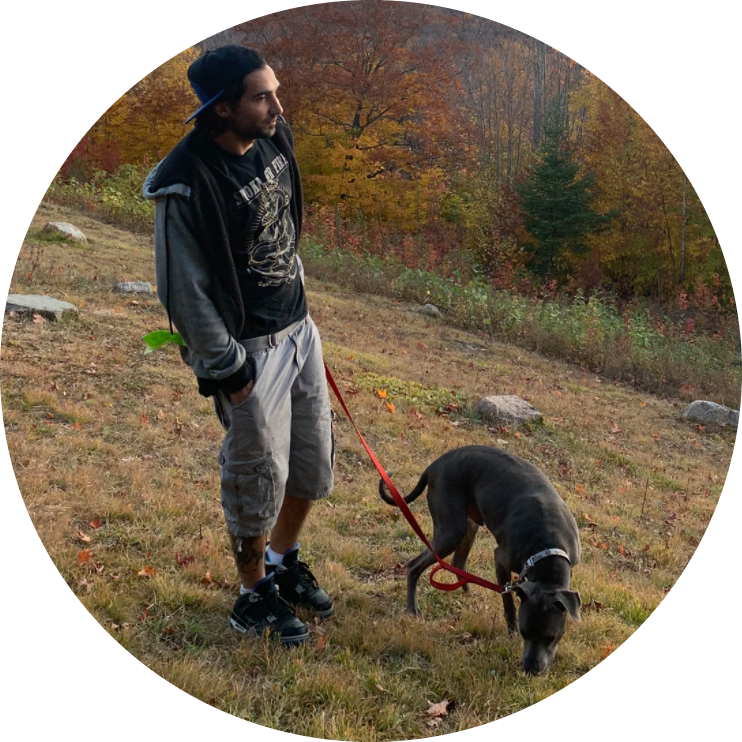 Absolute beast with coins and ring magic, struggles to shuffle a deck of cards without dropping them. 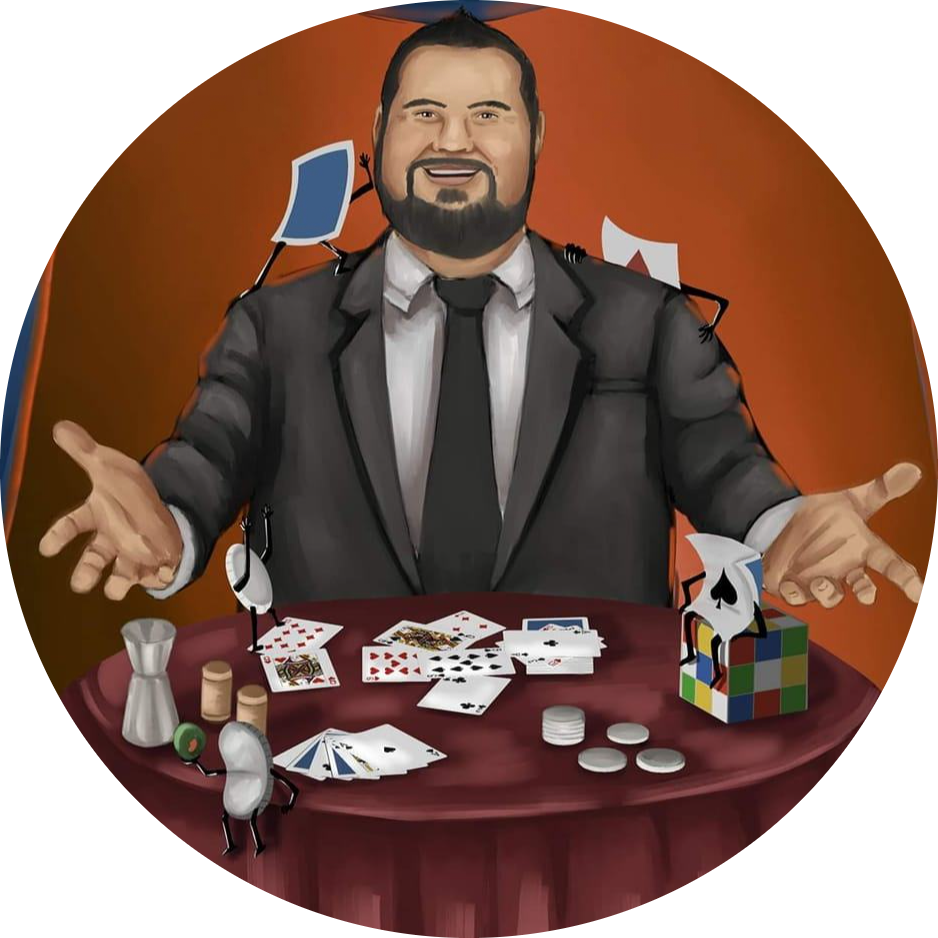 Knows just about everything regarding magic! An incredible amount of experience and a dark sense of humor! 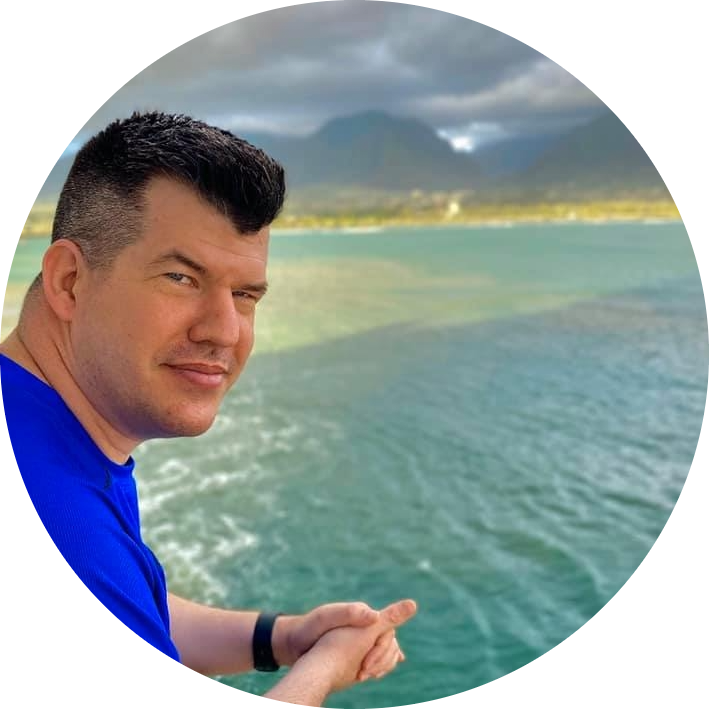 What can I say about Cliff? Every week he's been tinkering with some unusual effect he's discovered!
Has the highest attendance rate of our Discord sessions - and gives great member feedback! 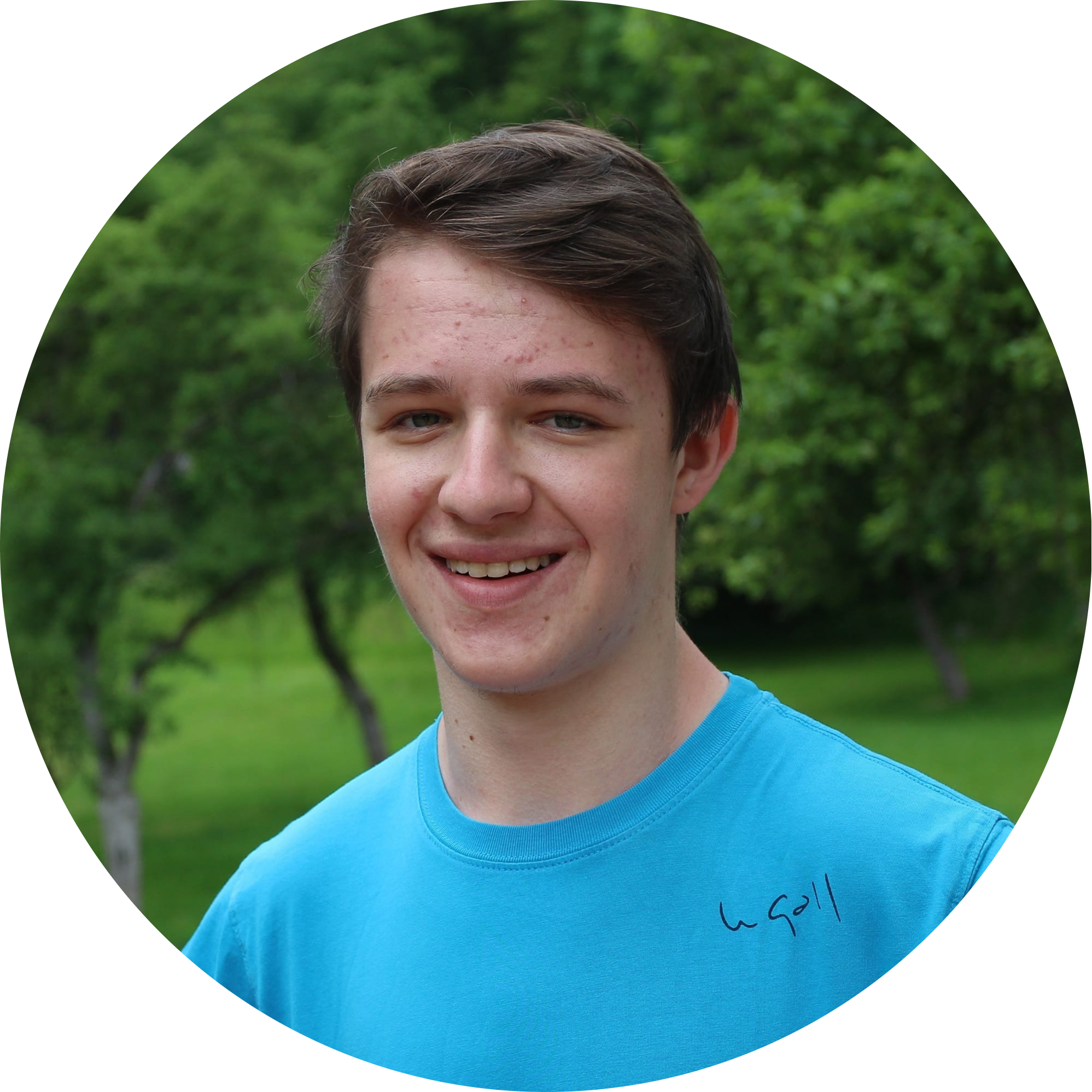 Sleight of hand beast! Fooled the living crap out of everyone in the Discord a few weeks back. (Now everyone hates him) 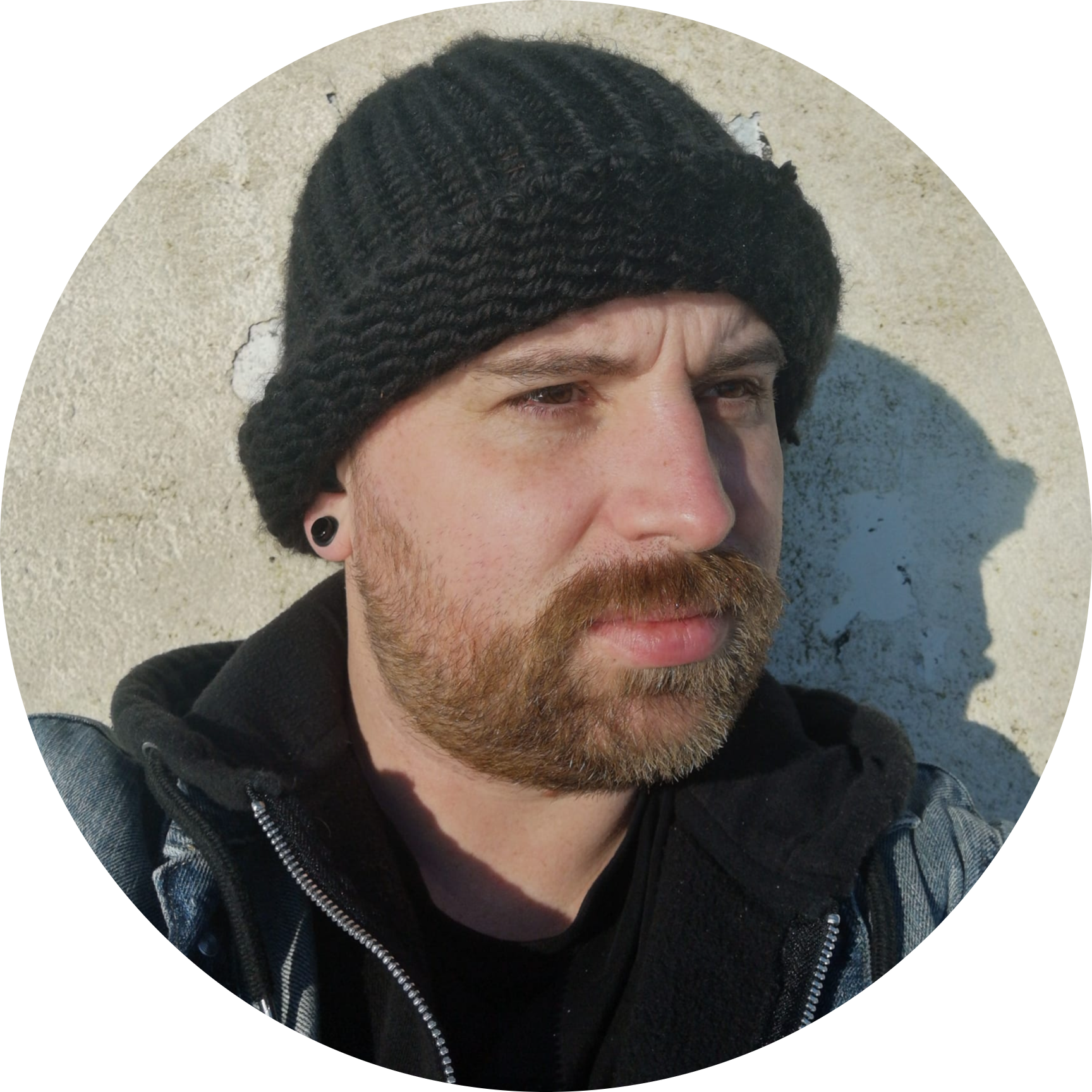 Creative machine and excellent with a deck of cards! Getting weirdly reddit famous so we may have to kick him out soon because of our 'no famous magicians' policy ;) 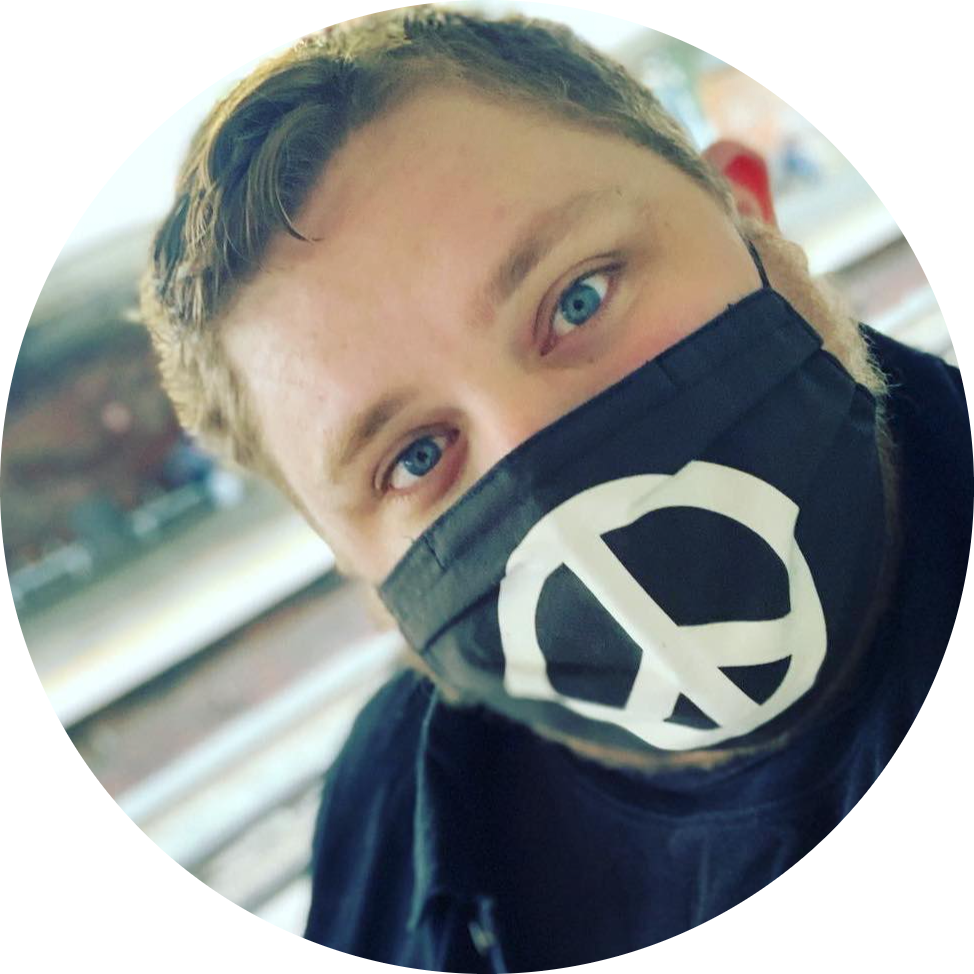 Badass Mentalist and very creative guy! (You'll recognise him from Game Of Thrones) 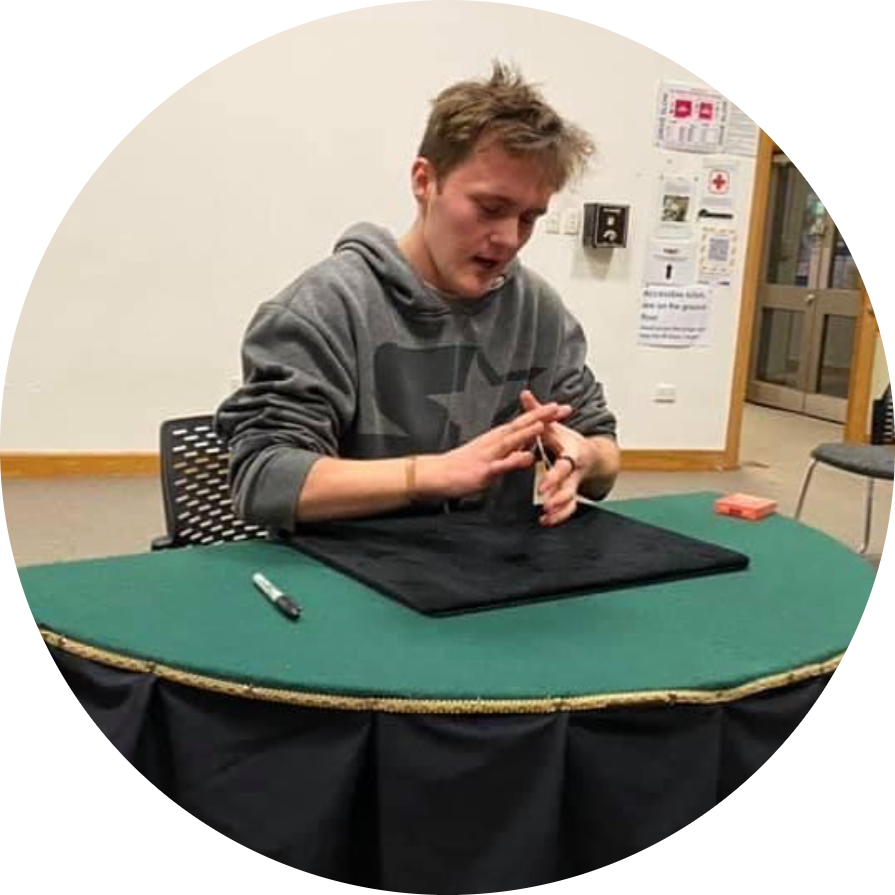 Does the smoothest damn Raise Rise you've ever seen in your life. It's actually ridiculous. 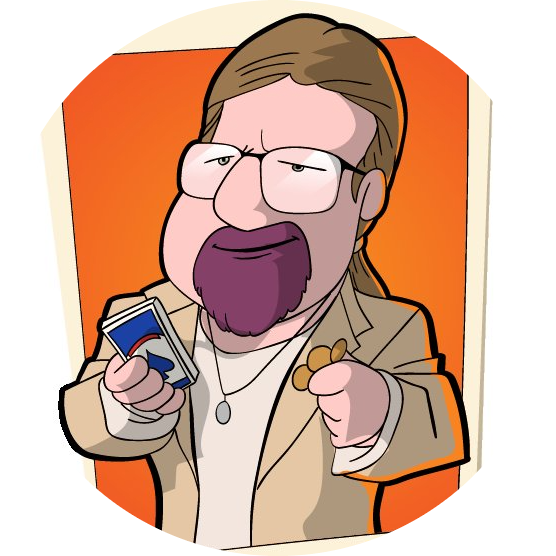 Street Performer. Does bizarre magic that will make you faint. Potentially immortal! 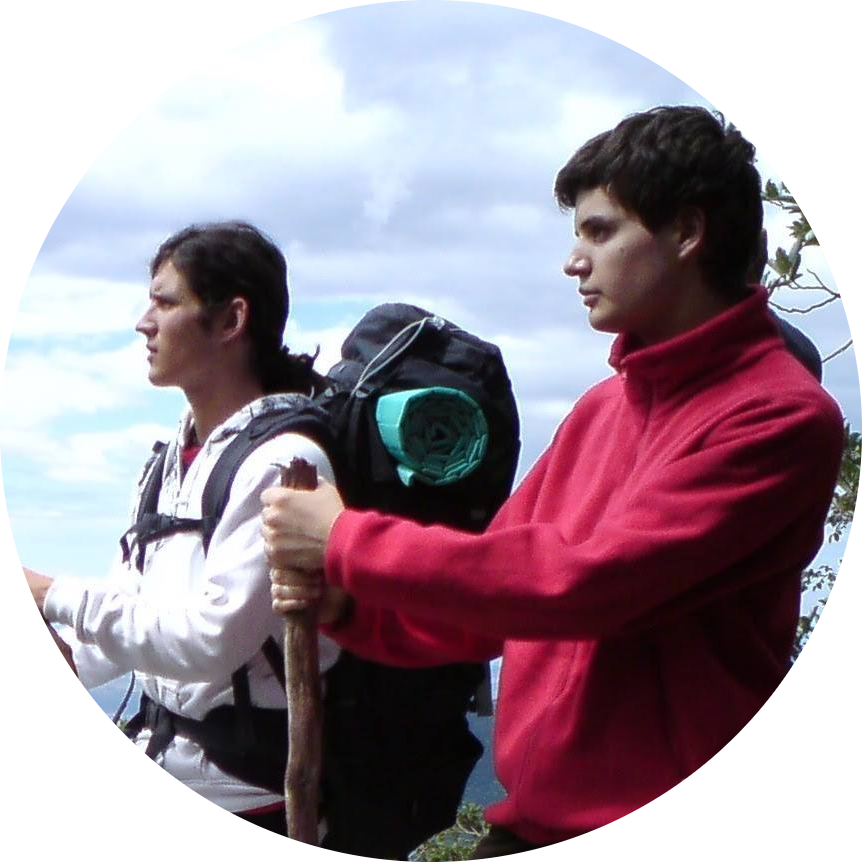 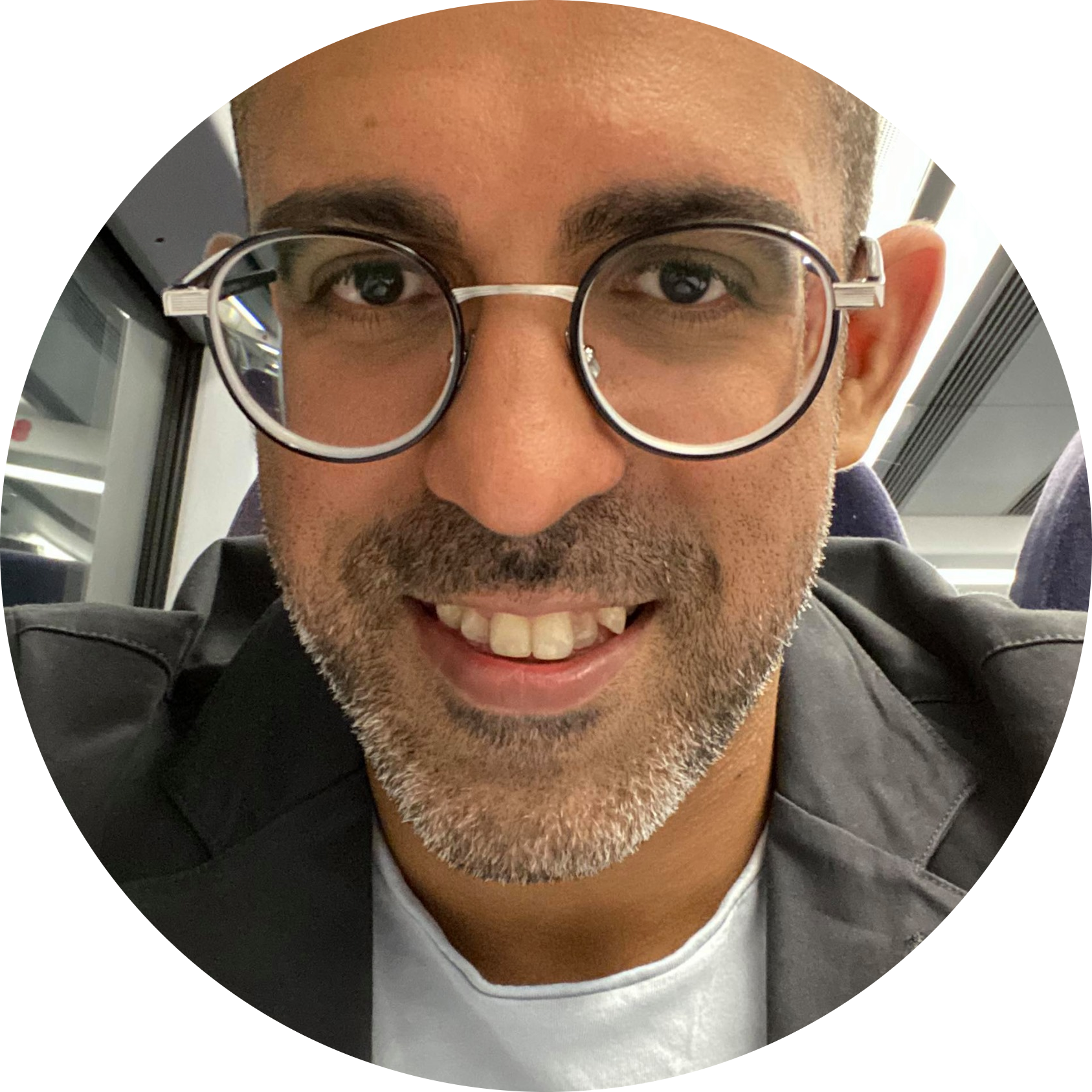 Smooth as butter with a deck of cards, great at creating a truly magical moment for his spectators. 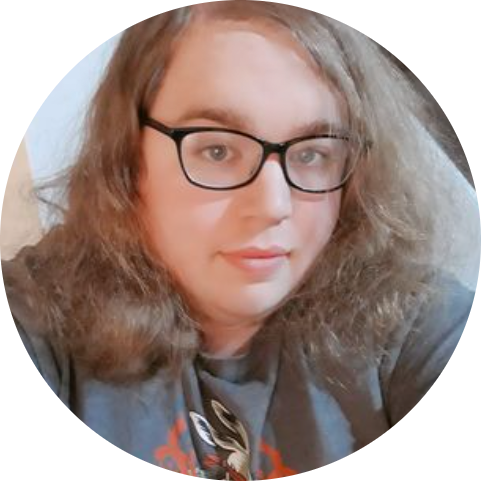 Another incredibly knowledgeable magician. I frequently find myself asking, 'hey Eirian, what's the trick where...' and before I've even finished the sentence she's told me the name, creator's name, and where it's published! 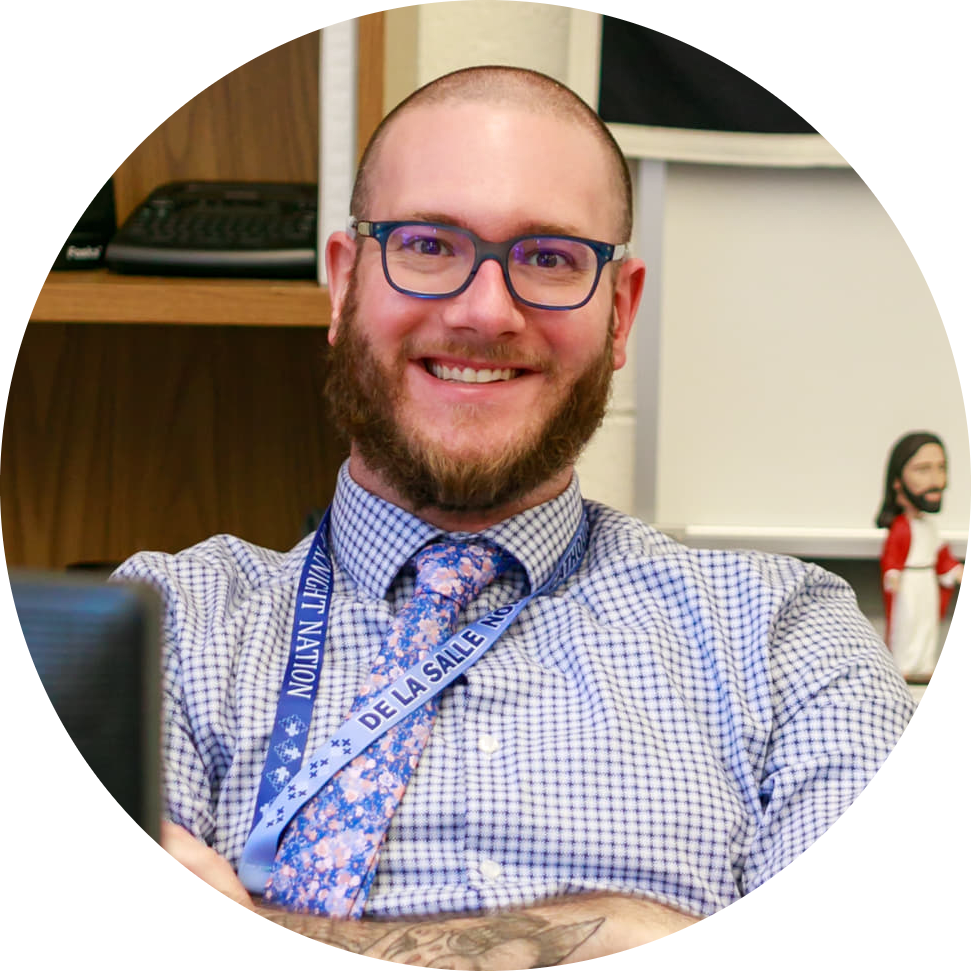 Creative magician that has an effortless and engaging performing style. Love watching what he comes up with!

When MM members want feedback on their ideas, performances, or script, it's important that the feedback they get is honest. Without honesty, you don't know what you're doing wrong and cannot improve. But it's important to be kind with feedback, being blunt or rude doesn't help anyone.

2. A Passion For Performing And Creating High Quality Magic

Members believe in working hard to perform and create effects that truly amaze audiences. They have an attention to detail, understanding that perfecting a few effects achieves a better result than fleeting from trick to trick.

3. Pursuit Of The 'Best Method.

4. Contributing And Helping Other Members

Magic Mastery Members make the effort to regularly attend live Discord Sessions and post in the facebook group. Members believe in contributing and helping out other members however they can, regardless of whether it is a direct benefit to themselves. 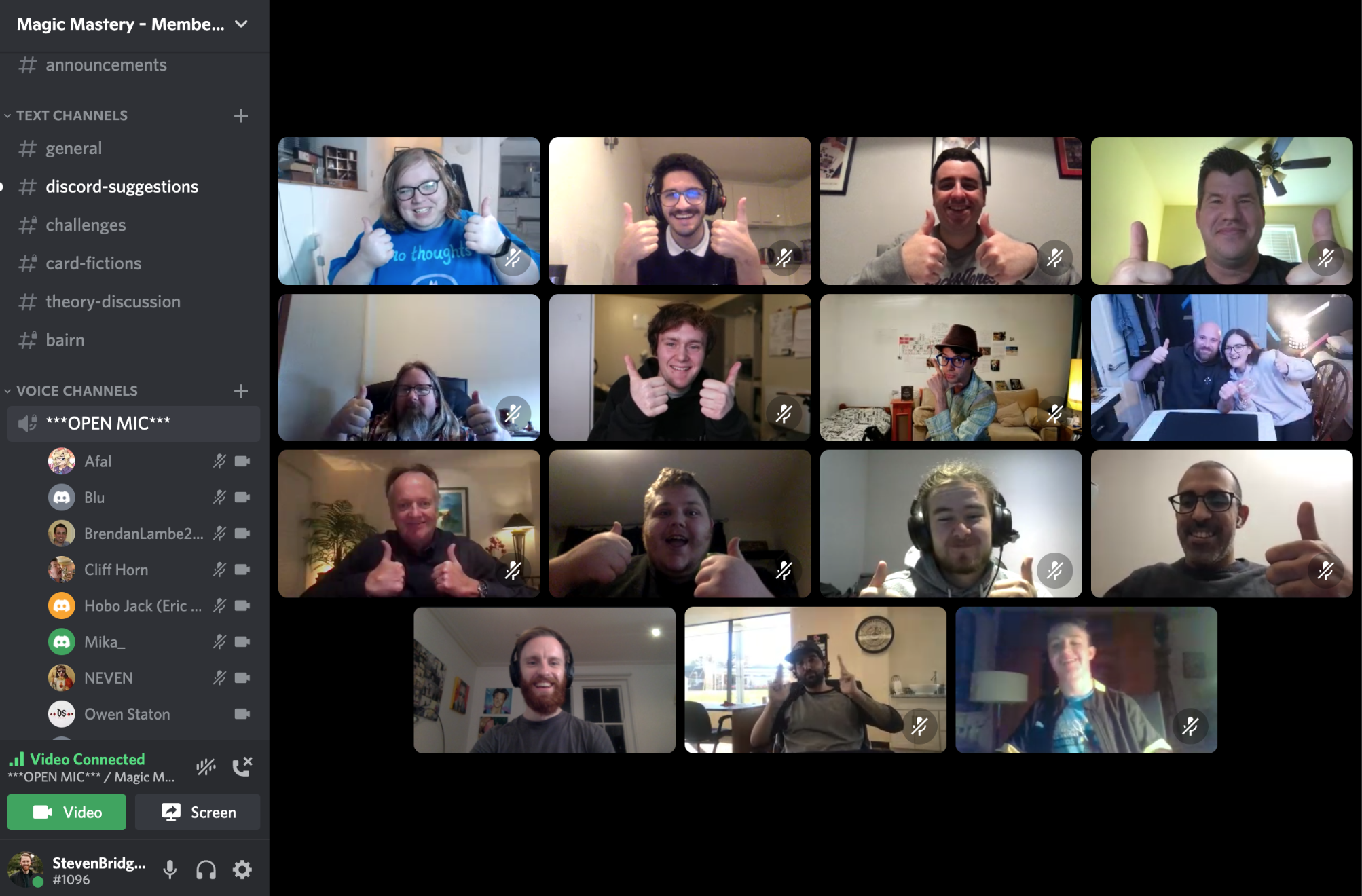 But being a Magic Mastery member gives you access to a lot more.

[WARNING - If you join just to access the following, your application will not be successful. Magic Mastery is for team players, not for people seeking magic effects at a cheap price/videos at a cheap price!]

As well as that...
Decades of advice, condensed into easy to implement videos...

So How Much Is It?

Magic Mastery is $24 USD per month. That works out at 85 cents per day.

You get billed for the first three months up front and then you're charged monthly after that three month period.

Before you consider applying, I've gotta tell you, Magic Mastery is not for everyone.

Please do not apply if:

- You only intend to stick around for a short time. MM isn't designed to hop in and out of, it's for magicians that are here for the long haul.

- You're not a team player. If you're here to learn from others but not contribute advice and support, it's not for you.

- You just wanna learn a bunch of new tricks. Magic Mastery Members get access to a lot of content, but that is not the purpose of Magic Mastery. If that's all you want, spend your money elsewhere.

- You're brand new to magic. If you don't know what a double lift is, you're just not going to get much out of being a members. Better to get a solid understanding of the basics of magic before applying.

- You don't have time. Look, we don't expect you to be spending all day everyday on the facebook Group and the discord, but i you don't have time to pop in at least a couple of times per week this isn't for you.

But for those who understand the immense value from being part of a supportive magic community, where all members share a real passion for magic... then Magic Mastery will be perfect for you!

NOTE: We are currently not accepting new applications at this time. But I will announce when applications are open on my mailing list.

My name is Steven Bridges. I've been studying magic for 20 years.  My performances have been viewed 30,000,000 times on YouTube and have helped me build a subscriber base of close to 300,000.

I’ve done thousands of street performances, as well as working in high end venues such as The Playboy Club London as the resident magician.

I also have a nice beard - but maybe that’s less relevant?

Do you offer a free trial?

I'm a mentalist, should I join?

Not very often! Magic Mastery has shifted more and more towards community events, live sessions and brainstorms. Content is added to the library when I feel I have something that will benefit the group.

I'm a mentalist, should I join?

I'm a beginner, can I still join?

Beginners are welcome to apply, but please be aware we do not accept many beginners. This is to ensure the magic chat remains at an intermediate/advanced level.

Currently, our community takes place around 80% of facebook, and 20% on Discord.

If you don’t have a facebook account, you’ll need to make one to take part in Magic Mastery. At some point, I’m planning on moving Magic Mastery over to a mobile app, but not for a while.

You’re welcome to cancel at anytime. Cancellations are effective immediately, so it’s best to cancel close to your billing date.  To rejoin, you have to go through the application process again.